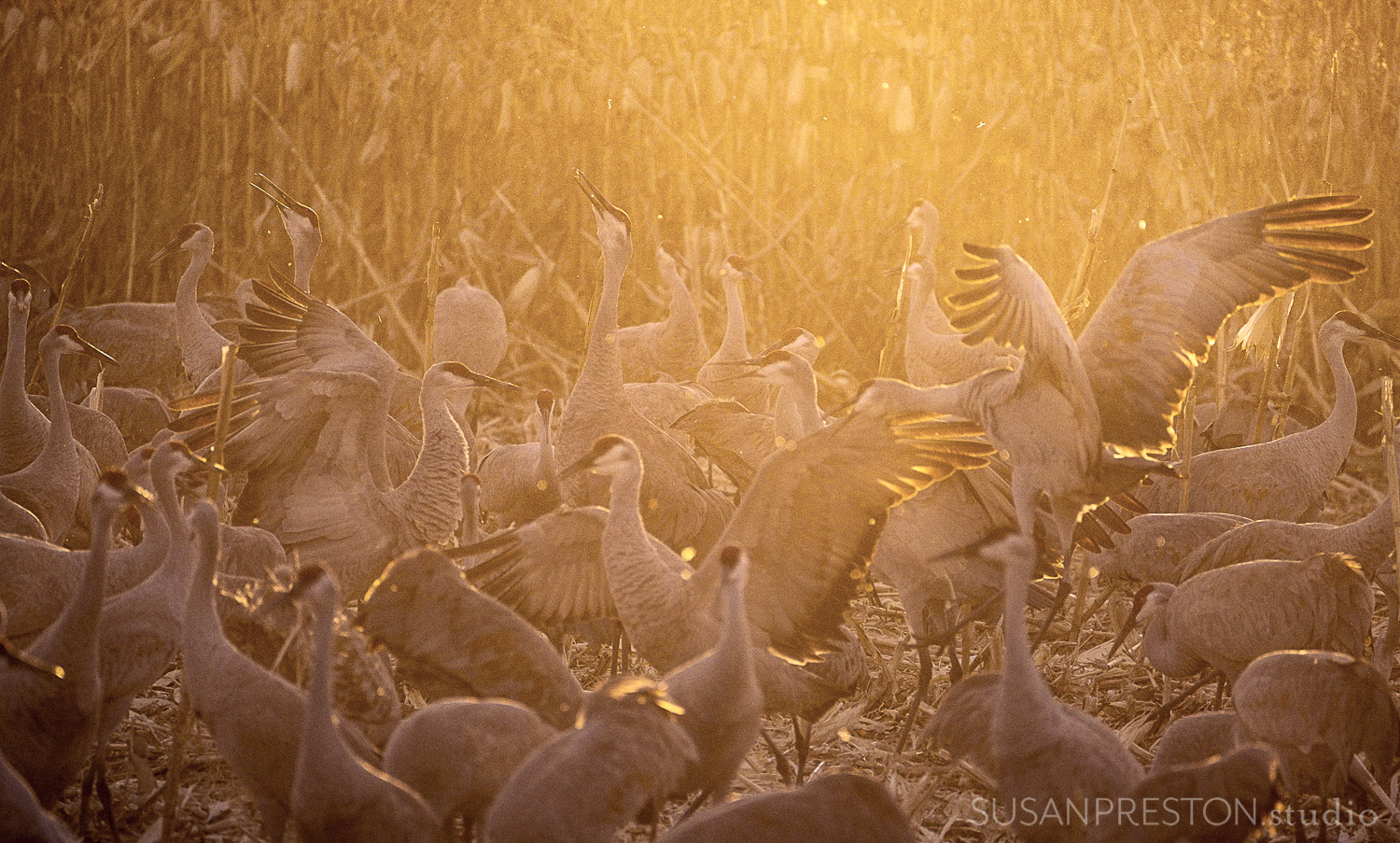 I love the way the two cranes in this shot are bugling toward the sky while a territorial dispute plays out in front of them.

Shooting straight into the afternoon sun poses significant challenges and this shot is no exception. I knew this series would be tough when I was shooting it – the light was a blaze of intensely saturated yellow, and straight out of the camera it looked as though I had artificially cranked the saturation up in Lightroom. In truth, I ended up pulling it down it was just so overpowering.

I’d never encountered such a glorious pool of light, which poured like liquid gold through a stand of parched yellow corn. More than once I pulled the camera away from my face just to be sure what I was seeing through the viewfinder was real.

Post-processing was tough, and I may circle back to work on it some more. There is so much going on, making it difficult for the viewer to differentiate one bird from another. In many ways is the whole point, but for the image to work, I needed to pull more detail out. P Perhaps some dodging and burning is in order, but I’ve decided that my Photos of the Day aren’t about the perfectly polished, print-ready image–I don’t have the time to craft that kind of quality while running my business. Instead, I share a daily bugle call of creativity, and sharing my work helps me maintain my artistic energy.