Perfect in Every Way

Saying goodbye to a beloved pet, even when that pet isn’t yours, is one of the most painful things I know. Mackie has been a part of my New Mexico family for almost a decade and as his dog-sitter and pal, I can say it’s just not long enough. Only forever would suffice.

I met Mackie’s parents, Judy and Ed soon after arriving in Santa Fe and within just a few days I had the pleasure of being introduced to the Mackster himself–a very old soul residing in a springer spaniel’s body whose favorite game, It’s My Toy and You Can’t Have It, has left me a pathetic and delighted loser many times over. And my goodness, so many toys! Judy set up a special drawer for him in the living room that is chock-full. As far as anyone can tell there is no bottom to that toy drawer. Like a car filled with clowns, there always seemed to be an endless stream of squeaking treasures for Mackie to pull out.

In so many ways Mackie feels like my dog too. Following the death of a dear friend and a break-up, I moved back to Santa Fe from Taos, but instead of finding my own digs, I got two more dogs when my friends insisted I stay with them while my heart mended up. It was during this time I really came to understand the gentle and healing presence Mackie offered. Sometimes he’d softly step up onto the bed and look at me with his big brown eyes, as if to say, “This is temporary, you’re loved, and everything’s going to be all right.”

But it wasn’t just me who fell in love, Sir Whimsy Bacon became Mackie’s fast friend. They were BFF’s who took great pleasure in hanging out on the portal, sniffing each other’s pizzle sticks and butts. I’ve never seen two animals so devoted to one another.

About two years ago, Mackie started having monthly seizures and although his medication has kept him happy and healthy for much longer than any of us could have imagined, our sweet friend suddenly took a turn for the worst. After a very painful day filled with multiple episodes, my friends are on their way to the vet after allowing me and another friend say our goodbyes, filled with tears and handfuls of bacon.

Mackie, you will be so sorely missed. I’ve learned so much from your gentle patience and healing presence. When you awake on the other side I imagine a fine hill waiting for you to stand sentry on, waiting for Lucy, Whimsy, and the rest of us to follow along. Few dogs have or ever will leave a legacy as beautiful as yours.

― Garth Stein, Racing in the Rain: My Life as a Dog 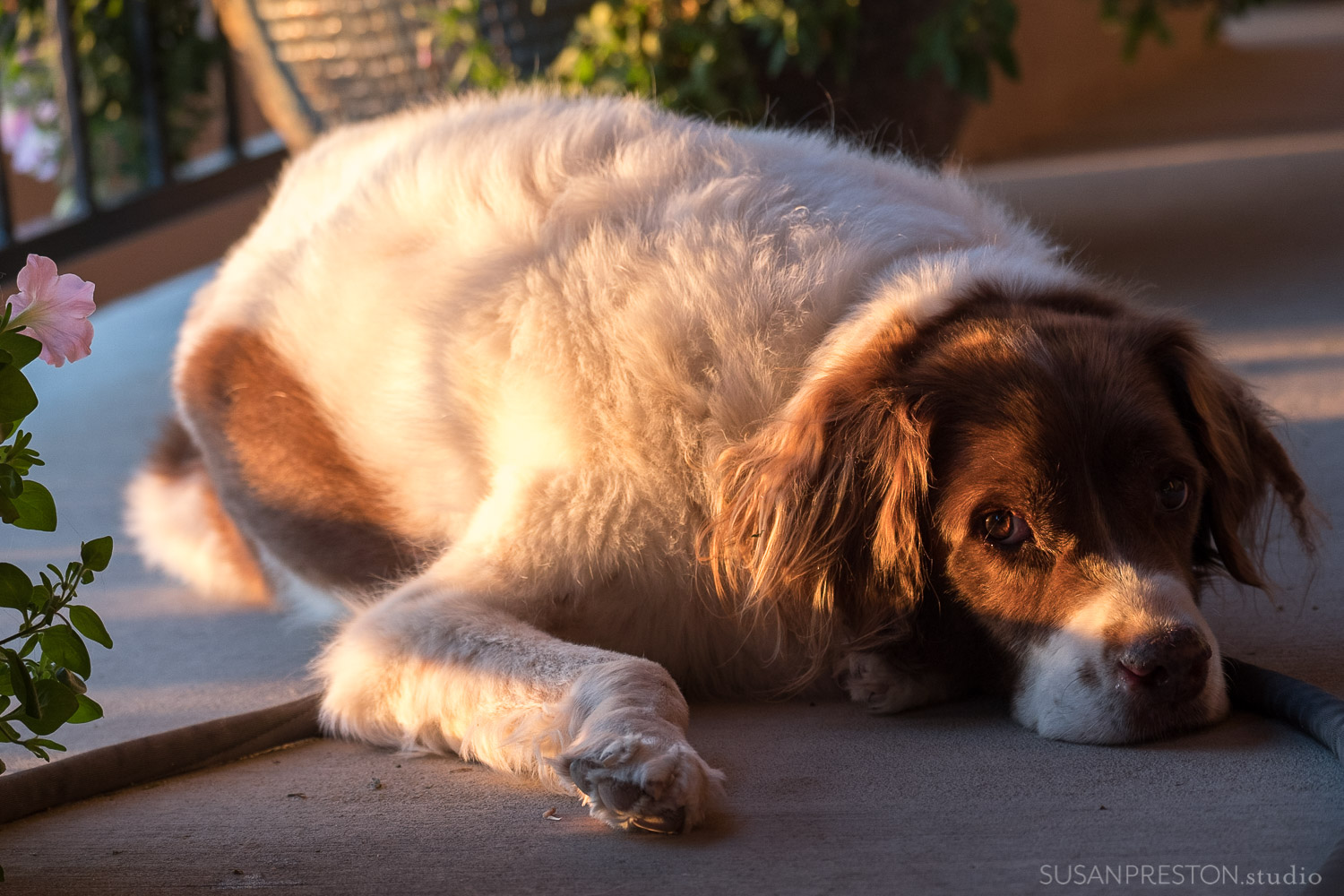